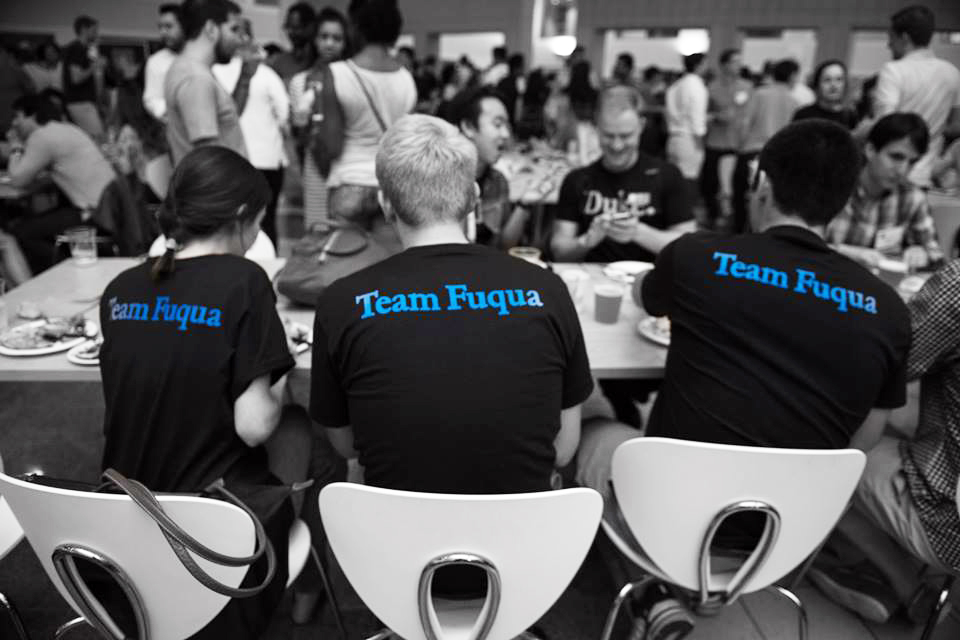 Students gathered in the Fox Center