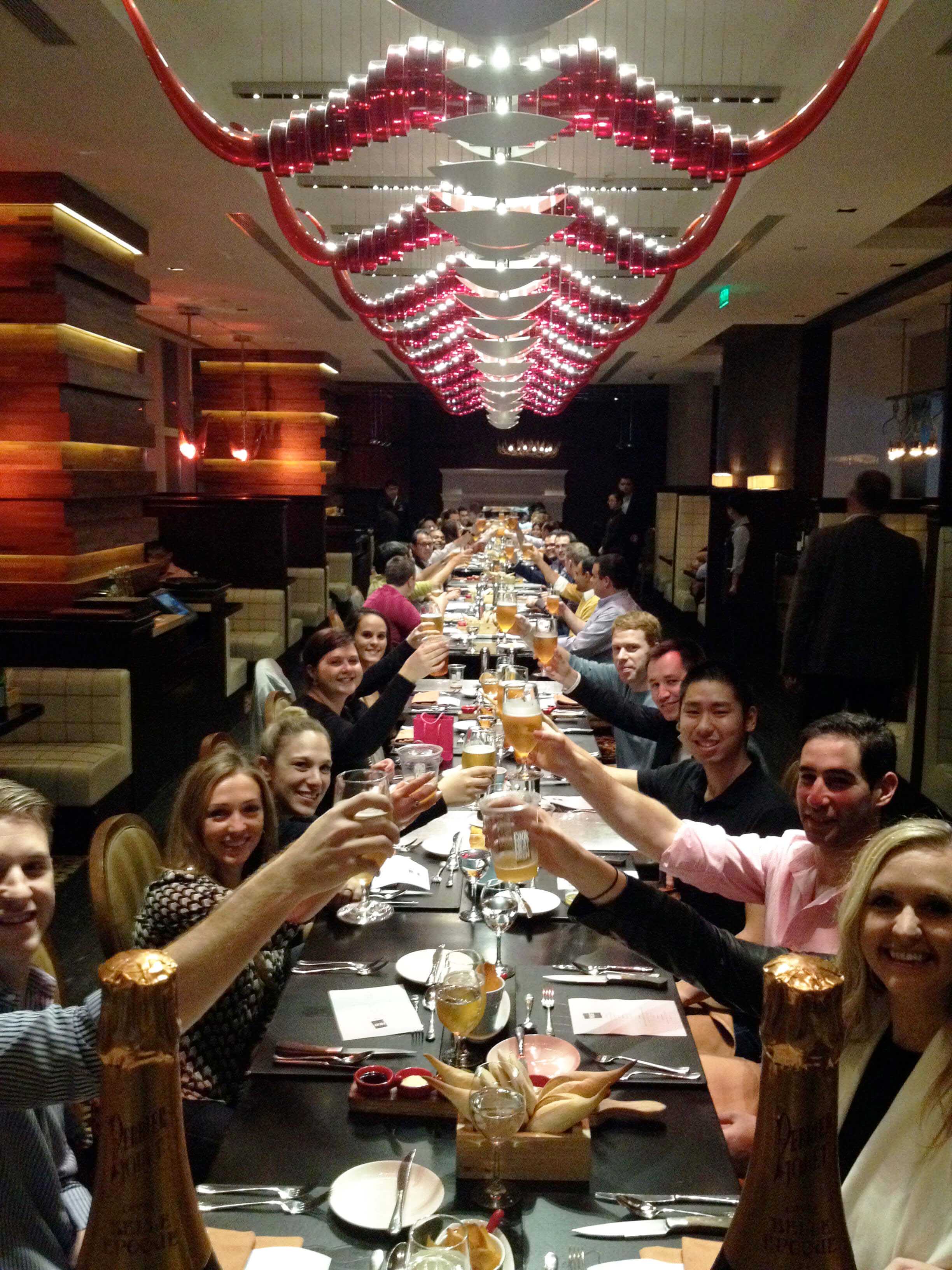 For our second residency experience, 107 of my friends and colleagues traveled to Shanghai where our studies included learning about local business and experiencing the fascinating culture of one of the most important world economies. Based in Shanghai, we were in the heart of this interesting dichotomy of extreme capitalism—surrounded by the tallest sky scrapers in the world with Audis and BMWs lining the streets—paired with a population that is largely still developing. This theme of abrupt contrasts—communism and capitalism, wealth and poverty, harmony with nature versus dangerous levels of pollution—seem to me irreconcilable at times yet the Chinese seem to somehow manage this yin and yang.

While in the region, we were encouraged to explore and get to know the local market and industry in rapidly growing China through our student clubs. As a co-leader of the Cross Continent MBA Beer and Wine Club, I helped organize an event to explore the beer industry in China by visiting a local microbrewery. With a history of production and consumption of beer for over 9,000 years, China is quickly becoming one of the most important beer markets worldwide with the highest level of consumption by volume. It is a market that has been largely dominated by low-end beers but with growing incomes and resources, the microbrew industry has emerged, offering specialty brews for more exigent palates and at higher prices. 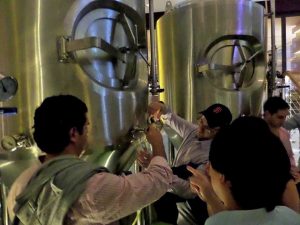 Thirty-seven club members visited The Brew microbrewery in The Kerry Hotel Pudong, where brewmaster Leon Mickelson gave us a tour of his modern brewery and let us taste a few of the brews he had on tap, direct from the stainless steel vats. He explained that to make the highest quality and best tasting beer, he imports American hops and German wheat then brews them together with local ingredients—an example of how globalized markets have aided the industry in China. Because of the incredible growth and potential of the Chinese market, Leon had decided to relocate to Shanghai, bringing with him experience from both New Zealand and Great Britain.  The presence of foreigners seemed to be a theme throughout China’s largest cities and especially in Shanghai. Despite the desire by the Chinese government to maintain a certain amount ideological control of the population, foreigners—along with their products and ideas—seem to be welcome and valued, which is promising for international business.

Following the tour, we enjoyed a four-course pairing dinner at The Brew’s sister restaurant, The Meat. It is one of the top rated steakhouses in Shanghai, and we feasted on crab cakes, lobster bisque, wagyu beef and ice cream lollipops. The event was a unique opportunity to learn more about an emerging industry in China and meet one of its key leaders. Not to mention, rounding up 37 beer and wine lovers in swanky Shanghai made for an unforgettable evening!