We are excited to continue the initiative that highlights and celebrates the students within our community who make extraordinary contributions to Team Fuqua. After collecting nominations from the Daytime MBA student body, a group consisting of student leaders, Fuqua administrators and faculty chose eight students to celebrate and honor.

Here are the principles of Team Fuqua, students who embody them, and some stories from their classmates.

We care and we do. We make a difference to Team Fuqua by being ourselves and engaging in the things we are passionate about. 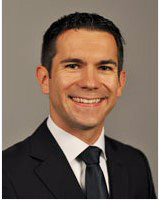 “As the leader of Operation Blue Devil, Paul has been able to bring what he is passionate about—the military and our Veterans—to the Fuqua community in an authentically engaging way. He has invested a significant amount of time and energy to facilitate this incredible leadership development opportunity for Fuquans. He is also willing to share his experience serving in the military in a genuine way, support his classmates when they are challenged during the program, and is just a great guy who cares about his classmates, their development, and their well-being. He embodies what authentic engagement is within the Fuqua community, is a dedicated leader, and is a person of upstanding character who has made a difference in the Fuqua experience of his classmates.” 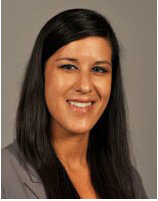 “Diana could easily be nominated for just about every single one of these values, but most of all she is a great example of authentic engagement. Diana does it all—she is a second-year cabinet member in two major clubs, an MBAA sub-cabinet member, and a COLE fellow. It seems like every day she is working on a different initiative to make campus a better place, including pioneering leadership development workshops for club presidents, planning week-in-cities trips, and leading the charge to overhaul alumni engagement efforts. In everything she does, Diana brings 110%. I can think of nobody who better exemplifies authentic engagement than Diana Vining.”

We support each other to achieve great things, because your success is my success. The success of each individual member of Team Fuqua makes the whole of Team Fuqua better. 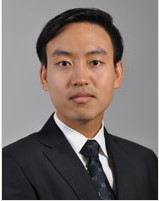 “SooMin has gone out of his way to proactively enrich the learning experience of his peers, particularly in the biotech space. By independently initiating a biotech best practices session, he brought folks together to discuss and learn about the space independent of courses, recruiting events, and HSM activities. He’s also shared readings that are relevant to understanding current dynamics of the industry with his classmates. At Fuqua we encourage, support, and challenge each other, and SooMin stands out for supporting his classmates without any selfish motivations.”

We embrace all of our classmates because our individuality is better and stronger together. 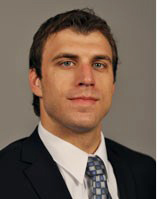 “Kevin Belt has demonstrated collective diversity by being intentional about making his time at Fuqua transformational. He has strong passions to increase Latino enrollment in top MBA programs (especially Fuqua) and help his classmates succeed. Kevin devoted countless hours early during Fall Term 1 to plan an excellent Consulting Club Symposium, lead the consulting breakout for the Black & Latino MBA Organization’s Diversity Conference Bootcamp, help organize the first ever “Un Cafecito” Latino coffee chat for prospective students, and personally case eager first-years. Kevin has also been a strong voice in continued conversations about Latino engagement strategies. As a second-year student, he has stepped into an even more impactful role as an admissions fellow to help develop the pipeline of diverse talent attending Fuqua. I see Kevin as an “ever present” part of the Fuqua Family, and what’s most important is that he does it with a smile. It is a great feeling to know that when I need help, his hand is always the first to shoot up! He operates without formal title or recognition because he truly cares about what he does, which is why he is so deserving of this honor.”

We are a family who looks out for each other. Team Fuqua has got your back when you need it the most. 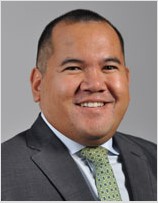 “Manny has a keen sense for others’ needs and consistently shows support in small and large ways. As Manny’s section mate, I have benefited from his generous support in several ways. Early in Fall Term 1, Manny spent several hours on a Sunday catching me up in one of our classes. I went from feeling like I was losing ground to truly comprehending the material. It was a pivotal point in the class and I went from doubting myself to finding my confidence and ultimately achieving a great academic outcome. Later in the term, he brought me breakfast on a tough morning and a few times has brought in Whole Foods cookies to give to my almost two year-old son, Trent. The one singular night that I went out at Fuqua (my husband and toddler were out of town!), Manny went out big with me: Fullsteam Brewery, Shooters, and late night karaoke. It sounds a little silly but he really rallied and made the night special. As the only mom in my section, I often feel different and sometimes isolated—my struggles can feel somewhat unique to my situation. Manny is great at reaching out in the right ways, when it counts. Above all of his strengths and prior successes, he has a gift for empathy and spotting opportunities to connect with others when they need it.”

We are leaders who focus on solutions to improve our communities both now and in the future. We aren’t satisfied with just maintaining the status quo. 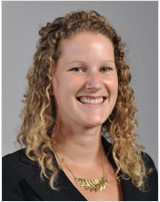 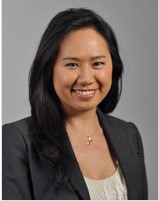 “Jen and Becca have taken on the daunting and gargantuan task of launching Fuqua’s first ever school-wide alumni mentoring program. While in the past, various clubs have had individual programs with varying levels of success, Jen and Becca stepped up as first-year students who could see the potential of having an integrated program that would build on club best practices and open the opportunity up to any student or alumni that would like to be involved. They have worked tirelessly with the club representatives and with development and alumni relations to create a program framework that will be in place for years to come. In the first semester alone, they matched 134 mentor and mentees together.”

We internalize and live the honor code in the classroom. We conduct ourselves with integrity within Fuqua, the Duke community, and in our lives. 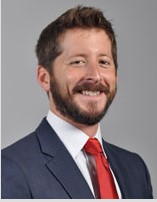 “Now that we are nearing the end of Fall Term 2, some folks in our section are starting to let the norms slide by checking their phones during class. Paul, our section rep, is not afraid to get in front of the class and respectfully remind everyone why we are here and that the norms matter. I am so grateful he does this because I don’t have the courage to do so myself! Paul is also just one of the most respectful and honest guys out there. He absolutely deserves to be recognized for his uncompromising integrity!”