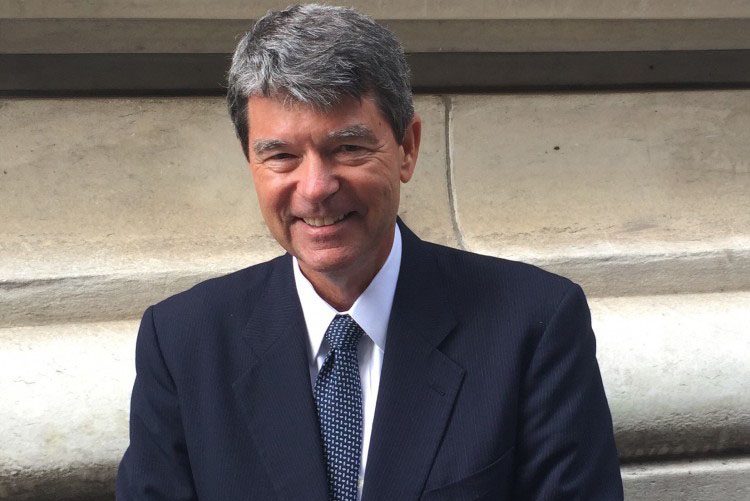 Professor Doug Breeden is a highly respected name in the banking industry and a leading financial mind in the academic space. If you join Fuqua, I highly recommend enrolling in one of his classes. Here are a few of the reasons why.

His background includes teaching at Fuqua since 2001 and serving as dean from 2001 until 2007. He’s an MIT and Stanford alumnus with a long and distinguished teaching career at those schools as well as the University of Chicago, Yale, and others. He’s co-founder and former chairman of Smith Breeden Associates, a money management firm with over $20 billion of assets under management, and his financial theorem, Breeden-Litzenberger is used by major firms on Wall Street. You can read his full bio here.

He offers limited classes, and I was one of the fortunate few to enroll in his derivatives course. As is the Fuqua culture, he’s a hands-on guide. The class day would start with him going over the current market trends. Then he’d discuss how to interpret the latest news and its effect on the market. It went beyond the requirement of the curriculum, but Prof. Breeden’s emphasis is on inculcating a sense of financial awareness in the students. Since completing the course, I have continued that habit—the first thing I open in the morning is the market figures across the globe.

Most of the lectures related to his own practical experiences in the derivatives market—in which he made Smith Breeden Associates a big player on Wall Street—and how he weathered the 2008 storm. Listening to his methodology and decision-making in urgent circumstances where millions were at stake not only gave me goosebumps but also helped me develop a sound financial mind.

We went over the Black Scholes Merton model in detail. Although I have read this model in the past, I understood the intricacies of it for the first time. We went over call-put, caps-floors, and swaps among others.

Beyond the curriculum, I felt enriched from the decades of experience that Prof. Breeden brings. Fuqua is home of many such pioneers, and I’m reminded every day how fortunate I am to be able to glean some of their knowledge.

Fun fact: Prof. Breeden has part of the Fuqua building named after him. You’ll probably visit Breeden Hall while you are here—it’s the home to our admissions office.