Working in Teams Makes Anything Possible 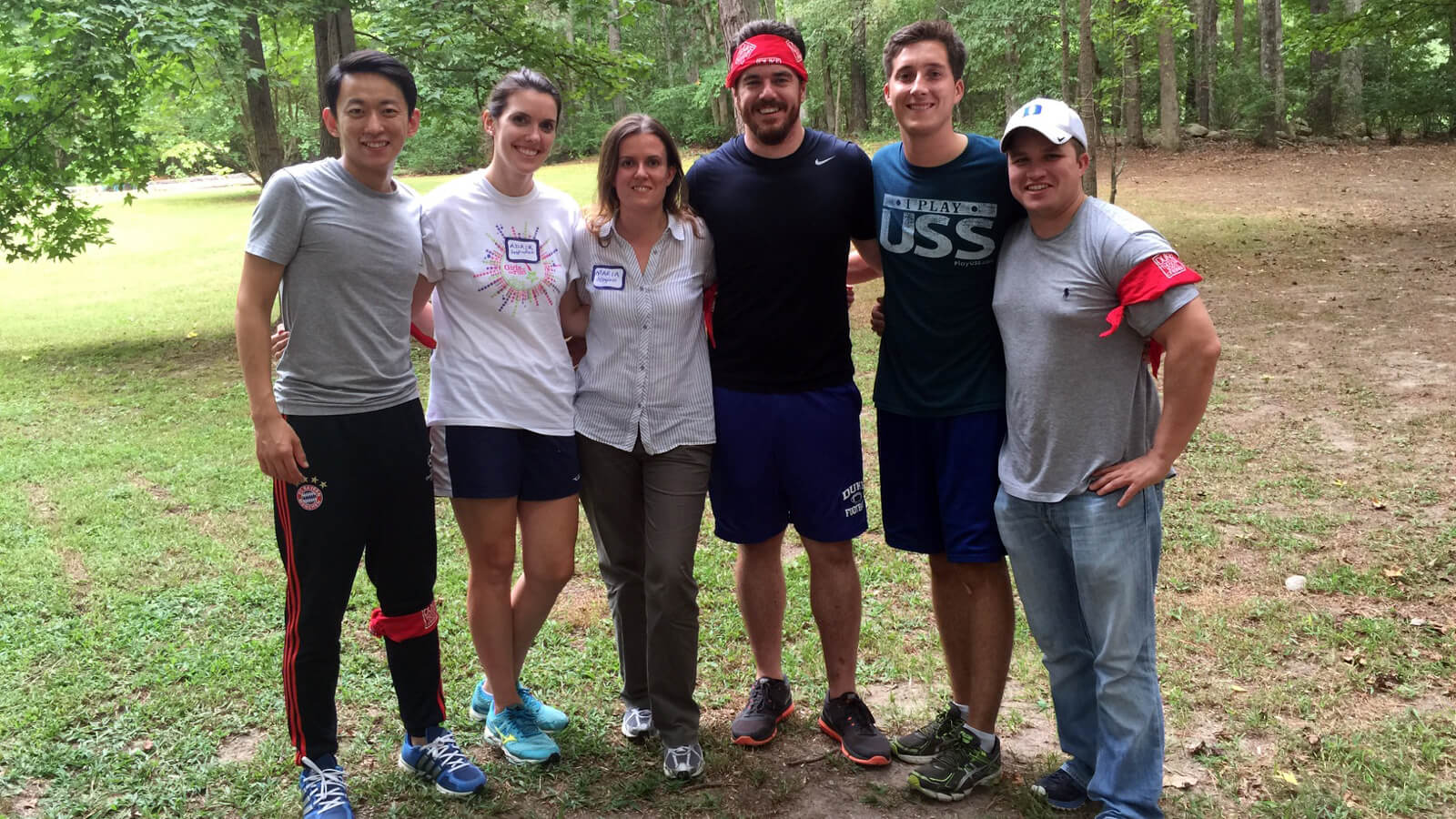 The support from my classmates was crucial during Team Challenge Day

I looked at how the rest of my team, about 12 people, headed up the ladders in pairs and started walking on the high ropes course—which to me seemed like only a very wobbly string of a material. It did not give me confidence! I got anxious just by looking at how their bodies moved in the air, shaking due to the lack of stability. I felt my pulse rushing, and I confess that the “fight or flight response” nearly made me run away!

I hate heights—I’m really terrified of them. I cannot even walk up a ladder without fearing that I will fall and die. Yes, I’m exaggerating a bit, but that is what fear does to you right? You lose perspective and you cannot think straight.

I had to confront this fear head on during Team Challenge Day—one of the many team building activities for first-year students during orientation at Fuqua.

Confronting My Fear of Heights

Off they went, pair after pair, until only four of us were left. Before my turn, one of my teammates—who I think had more fear than I did—had managed to get up there and walk on the rope. She was so scared, that I couldn’t help but scream “one step at a time, one step at a time.”  After some long minutes of suffering, she made it! That gave me the strength to try.

As I approached the ladder (after getting the harness on) my foot cramped! Fear was literally impeding my progress, and painfully I might add. I stopped for a minute and convinced myself that I could do it. I grabbed the ladder as hard as I could, and started climbing, slowly.

I breathed on each step, forgetting about the whole task and just focusing on putting one foot up, then the next. When I reached the top, I started walking on the rope, grabbing another that was right next to me to have some support. I literally closed my eyes, and walked without looking at what was next. I heard the team that was on the ground saying, “You can do this Maria, just open your eyes and grab the next rope!”

I did. I grabbed the rope and walked until I reached the point on the other side where my partner was waiting for me. Together we were able to finish the task, something I thought I would never do.

Working in Teams, We Accomplish More

What I take from this experience is how working in teams can help you achieve something that you never thought was possible. Their words of encouragement, their example of how the task could be done, and my teammate’s ability to overcome her fear, motivated me to try.

The Team Fuqua way of working together makes us stronger, and together we accomplish more. Team Challenge Day was one of the best experiences I’ve had since arriving to Durham, and it made feel proud of being part of such a great community.