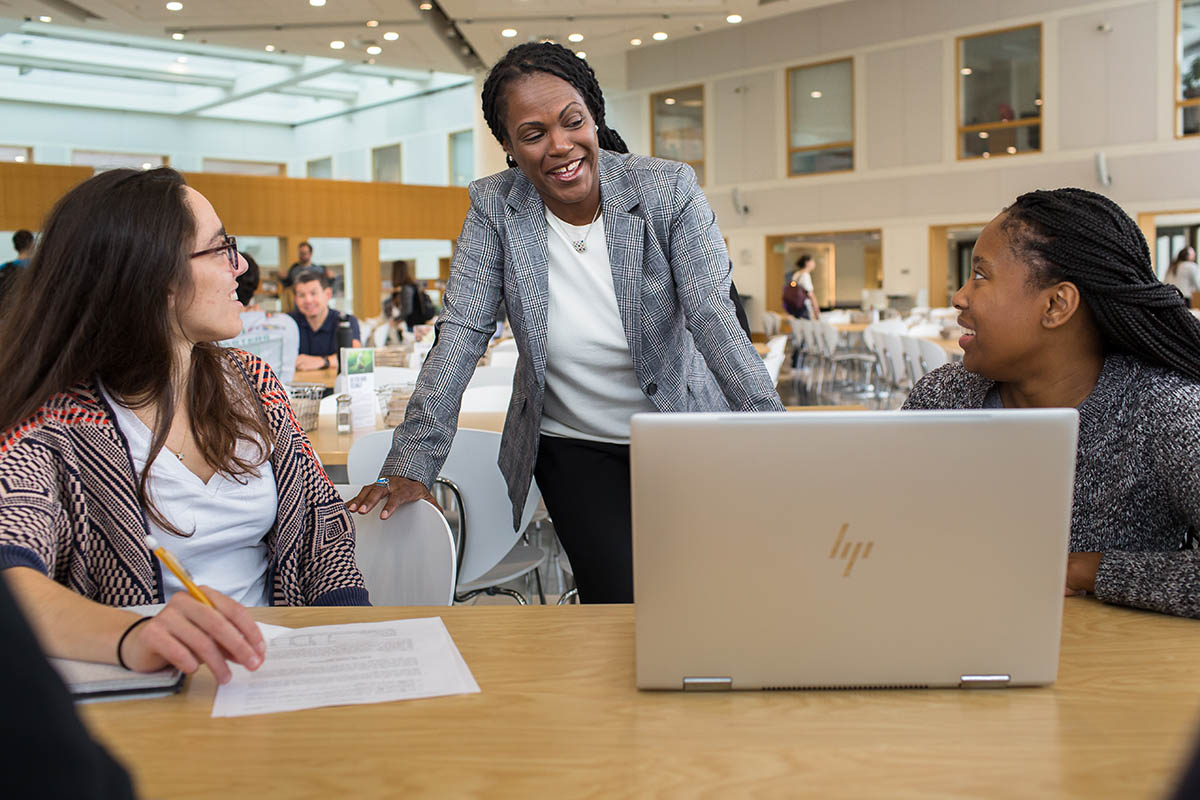 The mark of a hearty, stick to your ribs MBA course is one in which I’m able to make a little more sense of the business world. The recipe behind these great courses consists of a professor who is adept at drawing forth discussion from an engaged community and helping them make those ‘a-ha!’ connections with ideas and experiences they were already familiar with but hadn’t understood in the context of their experiences before.

Professor Ashleigh Rosette’s Women in Leadership course was exactly this. Prior to taking the class, I was aware that women were under-represented in leadership positions and that systemic biases against women exist. During the course, I used Ashleigh’s framing of the issues and my classmates’ anecdotes to finally make sense of some of my previously unexplained experiences as an Asian-American professional woman.

I consider myself a friendly and open individual. However, I’ve consistently gotten feedback in professional settings that I can be intimidating. I’ve also had a teammate remark on the fact that I am a great leader, but I should pay attention to my physical appearance more. Before Ashleigh’s class, I thought it was a ‘me’ problem. I must not be as friendly as I think and my personal appearance really must be sloppy.

After Ashleigh’s class, I saw clearly that the societal norms we had discussed were quietly and effectively operating on me and my coworkers. I was exposed to research that found Asian-American women are seen as competent but less warm, and women, in general, have a higher standard when it comes to personal appearance. Something clicked—I was not wholly to blame for perceptions others had of me. By thinking it was my problem alone, I had fallen into the trap of it myself.

Because of the class, I’ve committed myself to doing better and seeing more. The class has shown me that there is a community of willing and engaged peers that can help me see these situations more clearly. I’ve also learned not only how to help myself, but how to help my colleagues and future reports. For example, I can use and design evaluations and peer review guidelines to screen out biases for gender, age, and race. That would force the reviewer to give feedback controlled for sensitive identities.

I’m grateful for Ashleigh’s class because it gave me the tools, language, and community to make more sense of myself in the professional world, and to empower those around me to see and make sense of their own situations as well.

For more details from our Women in Leadership class discussions, check out the videos below.