One Last Run Before Graduation 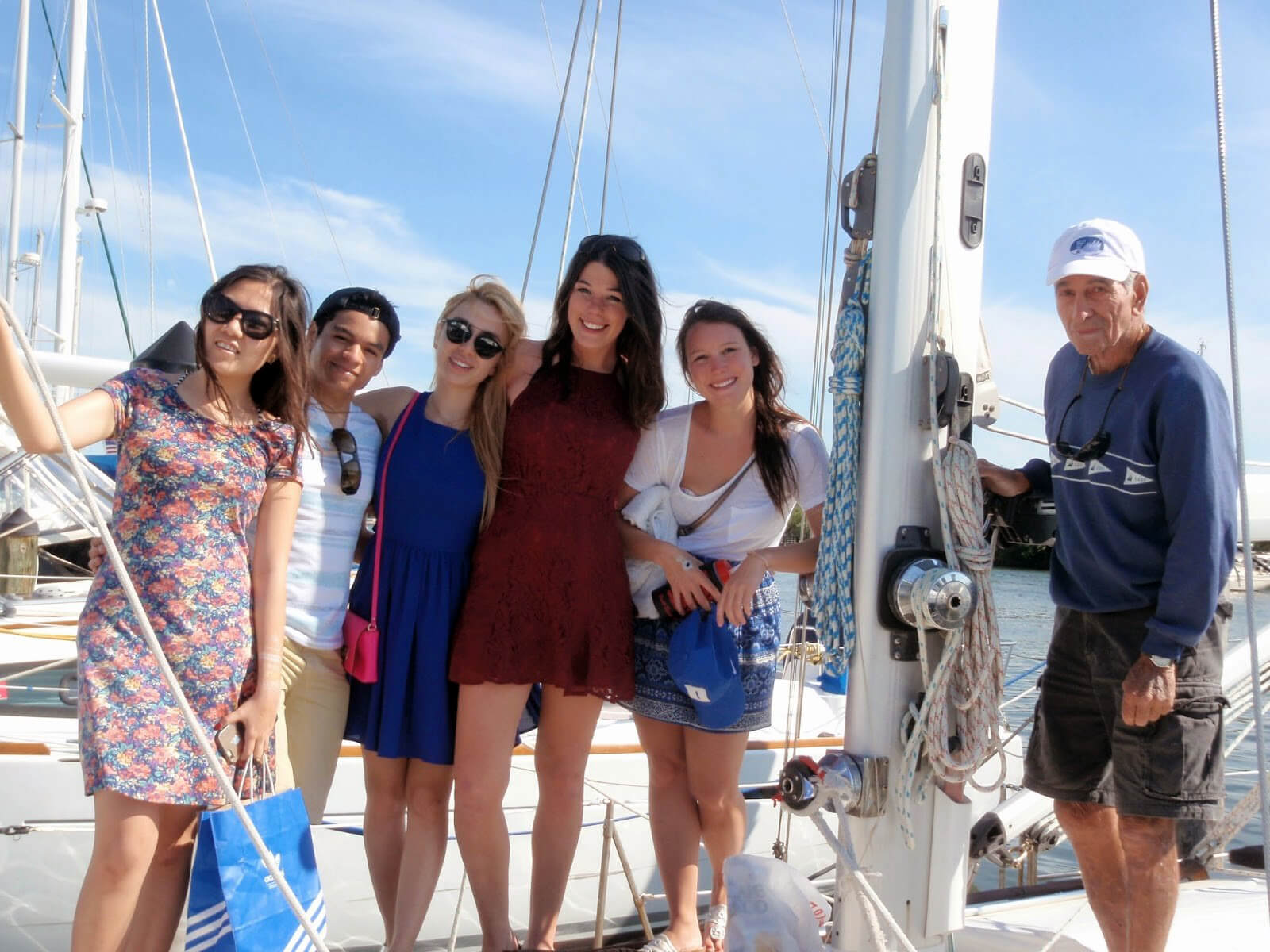 Enjoying the views of Miami from our yacht cruise

We’re almost there. In a couple of weeks we will have finished our time in the MMS: FOB program at Fuqua.

This feels so surreal. Soon we will all be leaving to start the next phase of our lives. A lot of students are moving to New York City and plan on having an MMS ’15 reunion this summer. As I am going to New York as well, it’s comforting to know I’ll still have this familiar community in that new place.

The past few weeks have been a blur, full of moments where I had to pinch myself to make sure this is real life. For spring break, some MMS students and I spent 10 days in Puerto Rico. I then went to New York City with a classmate to scout for jobs and apartments. Other MMS students also traveled extensively, including to some American cities and various countries in Europe, South America, Asia and the Caribbean.

Our trip to Puerto Rico was full of adventures, such as exploring Condado Beach, Old San Juan, Flamenco Beach (often rated among the best beaches in the world), scuba diving and driving golf carts, touring the Bacardi Distillery and the governor’s mansion, a concert with Pitbull and Enrique Iglesias, a local music festival called Rootstock, seeing Castillo San Felipe del Morro and various old cathedrals, hiking El Yunque national rainforest and diving into its waterfalls, exploring the caves of Cueva Ventana and Cueva de Indio, ocean kayaking, and swimming in the Bioluminescent Bay. Throughout all of these adventures were lots of salsa dancing, traditional music, and plenty of good Puerto Rico food.

Our group exploring El Yunque, the only tropical rain forest in the U.S. National Forest system

Enjoying the views of Arecibo from the abyss of Cueva Ventata

Once we all got back to Durham to start our last MMS term, we regrouped for social events including dinners, dancing, spa days along with the usual team meetings. The job search is in full swing now, with everyone frantically applying for open positions and traveling for interviews. Even with these priorities, MMS students still make time to hang out and try new things.

Once such event was Holi, a traditional Indian spring celebration with food, dancing and throwing colors on each other. A large group of MMS students got together for this event, and had a blast.

To finish our last month at Duke with a bang, a large group of MMS students joined together to go to Ultra Music Festival in Miami, Florida. This weekend was beyond phenomenal. The lineup included EDM artists such as Avicii, Alesso, Axwell & Ingrosso, Hardwell, Martin Garrix, Skrillex, Tiesto, Steve Aoki, Kygo, David Guetta, Krewella, Clean Bandit and many more. When not at Ultra, our MMS group enjoyed South Beach, good food, Miami clubs and a yacht excursion.

Now that Ultra is over, we’re in the home stretch until graduation on May 8. In addition to team projects and finals, the rest of this term has been full of exciting developments as people sign job offers and finalize their plans for after graduation. We still have plenty of upcoming events to look forward to, such as the tradition of climbing Duke Chapel, music shows in Durham, the MMS Banquet and MMSA Spring Formal, and the commencement ceremony.

I can honestly look back on this year and say that MMS has been one of the best decisions of my life, and I am so thankful to have all these experiences and to have met such an amazing group of people. Even when we run into trouble, Team Fuqua always pulls through for each other. Even though the Duke brand is an exceptional addition to our resumes, it’s the Fuqua community that makes this year worth it.

To all prospective students looking at MMS and trying to decide if it’s the right decision: Do it.