Even though I’ve been playing sports since I was five, I didn’t truly understand the importance of teamwork until I attempted to compete in a hackathon solo. There’s nothing more demoralizing than staring at your computer, watching the clock tick away, feeling the pressure begin to build with each passing second before realizing that you’ve been working on the wrong data set for the past three hours. Not that it really mattered.

We’d been given the information in a JSON file, and while MQM has made me proficient in R and SQL none of my extensive, late-night coding sessions prepared me for the task of simply opening this type of document, much less parsing it. In a meek attempt to ward off a full-blown panic attack, I cpasually bit into my fourth comfort cookie and looked around the room. To my surprise, even though I was a long way from Fuqua I recognized a handful of familiar faces sitting in a small room up in ‘enemy’ territory at the MIT Sloan Sports Analytics Conference in Boston.

I guess I shouldn’t have been surprised, considering the sports-themed coding community is a relatively small one. It’s really only logical that some of the statistically-inclined basketball fans like myself that I met at the NBA Hackathon in New York a few months ago were going to take a hack at this event too. It’s crazy to think about how different those two events were. The NBA Hackathon was a high-profile, glamorous team event up in the Big Apple, filled with snacks and celebrities. Meanwhile, the MIT Sloan Hackathon was a short, low-profile, primarily solo event with phenomenal cookies. While both were amazing experiences that pushed me to improve my skills while teaching me various lessons about coding, they were also vastly different in how they made me feel during and after the event.

Euphoria at the NBA Hackathon

It was my first experience as a real coder and one that I’ll never forget.

We were halfway through our first six-week semester in MQM when I saw an email highlighting an NBA Hackathon. My eyes lit up immediately. Prior to joining this program, coding was only a term I recognized from dramatic scenes in Grey’s Anatomy. But I knew that since one of my career goals was to be an analyst in the NBA, I needed to be at this event. So, I asked around and found three of the smartest guys in the program and begged them to form a team with me—the beginning of Kobe-Wan Kenobi.

While I didn’t know it at the time, these guys would end up being some of my closest friends in the program because they’re some of the sweetest, most genuine people I’ve met in my entire life. I thought I was making a smart career move asking them to create a team with me, but I wasn’t expecting to make three new friends who would push my mind to new limits, showing me how to think in profound ways and approach complex problems from unconventional angles.

The NBA Hackathon experience was the best I’ve had while being a student at Duke University, and I have the Fuqua community to thank for that. We all still remember the same moment from that night. It was around 5:00 a.m., right before the sun was about to rise over the Manhattan skyline when we decided to take a team-building walk outside. We had hit a roadblock that brought us to a crossroad requiring group consensus before moving forward with a decision.

I know that years from now, none of us will remember the content of that conversation, mostly because we were all too delirious from sleep deprivation and caffeine withdrawal to recall much of anything. But, I know that I’ll forever remember the euphoric feeling of that ah-ha moment we collectively shared when we realized that we had cracked the code. After 20 hours of slamming our heads against a computer screen, we had solved the problem by creating something that didn’t exist before. I imagine this is what being a parent feels like—proud and exhausted.

Reflecting on the MIT Sloan Hackathon

While I didn’t have that same euphoric feeling at the MIT Hackathon, I don’t regret going at all. Sometimes it’s important to push yourself past your limits, move out of your comfort zone, and let your ego take a hit. Right before the MIT event, I had participated in a week-long Duke Men’s Basketball Hackathon with another student from MQM. We ended up placing third in the event, and I felt like we were on top of the world. I felt like any company would be lucky to have my mad coding skills. But after the MIT Hackathon, I realized how many talented coders there are out there, and I that I would be lucky if a team decided to give me a chance and hire me. That type of ego-check is painful but important.

In total, I participated in three separate basketball-themed hackathons during my time in the MQM program. While these events might seem similar at first, I cannot stress how wildly unique they were, each serving up a different slice of the emotional roller coaster pie that is coding. All of these experiences have taught me that coding is a three-phase, cyclical process: First, frustration and failure, followed by a sense of accomplishment, ending in euphoria. This last phase is a brief moment of happiness generated by solving a problem before turning the corner to realize that there’s an even bigger, more complicated issue waiting up ahead.

Each hackathon experience has acted as a life lesson, teaching me firsthand these three phases of coding:

As a competitive human, it’s hard for me to accept the fact that winning isn’t everything when it comes to these events. It’s all about the experience, who you meet, and putting yourself out there. As business school students, we all know that it’s not only about what you know, but also who you know. And in the sports industry, it’s definitely more of the latter, especially in the beginning when you’re trying to break into the industry in an entry-level position.

That’s why I am beyond thankful that I chose Duke, because its reputation on the court is as respected as its reputation in the classroom. Building connections through coding is crucial for anyone who wants to be a high-level analyst in today’s world, and I’m just grateful that I have a bunch of Blue Devils by my side to support me on the ride. 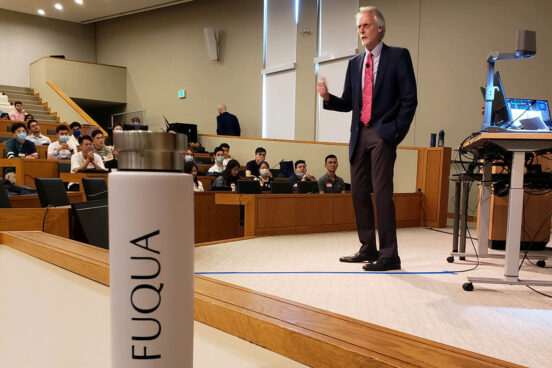 From working in commercial finance at one of America’s leading multinational energy companies to getting first-hand experiential and immersive learning from the Strategy track of the MQM program, my decision to join Fuqua has undoubtedly been one of the best decisions I have made. 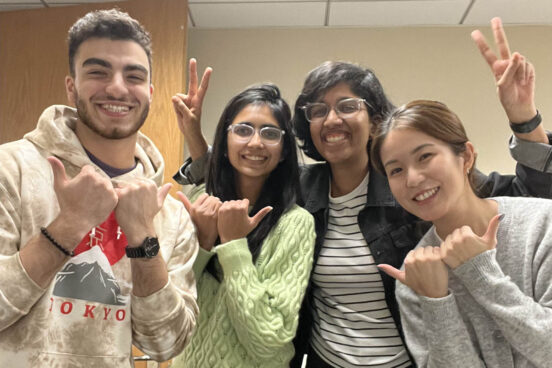 A big reason as to why I chose the Master of Quantitative Management (MQM) program was the ability to dive deep into a particular area of business. 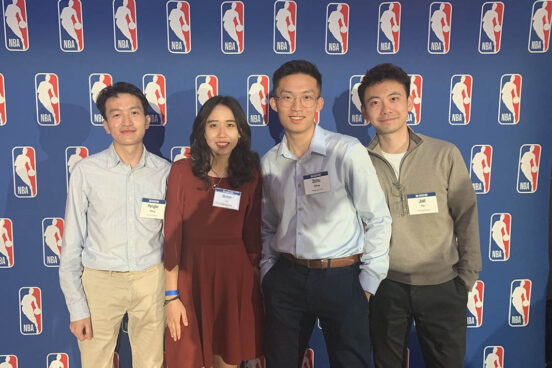 The Business Communicatio and Data Visualization classes helped me to spend more time thinking and practicing how to present data analytics results.