Unlike many of my classmates, I was born, raised, schooled, and employed in the same country. Despite this unilateral background, I'd still consider myself bilingual, just maybe not in the traditional sense of the word. I won’t do the cheesy “quoting the definition of a term for dramatic effect” thing, but I will do the millennial version of that by including the Oxford Dictionaries link for language.

Growing up in between two brothers meant that being competitive wasn’t a choice. It was a way of life. And living in a house without cable television in rural Pennsylvania meant that sports were the only constructive outlet for any excess energy my brothers and I had. As a result, we could spot a foul from a faker long before we knew the grammatical difference between “then” and “than.” Sports have always been our most effective form of communication, but I never thought that they would be my future.

I played Varsity soccer in Farmville, Virginia, at Longwood University for four years while studying finance and economics. During my senior year, Bill James came to one of my undergraduate classes to talk about how he used statistics and econometric methods to win himself, and the Red Sox, a couple of World Series rings. Once I realized that there was an actual job that combined my favorite hobby with my favorite subject, I was hooked. So, after two years of working as a data analyst in the oil and gas industry, I decided to quit my job and pursue my passion by joining Duke’s MQM program in the Marketing track—with the hopes of adding a few more (coding) languages to my repertoire. With some luck and lots of help from Professor Ryan Burke, I graduated as a polyglot, specializing in R, SQL, and Sabermetrics. 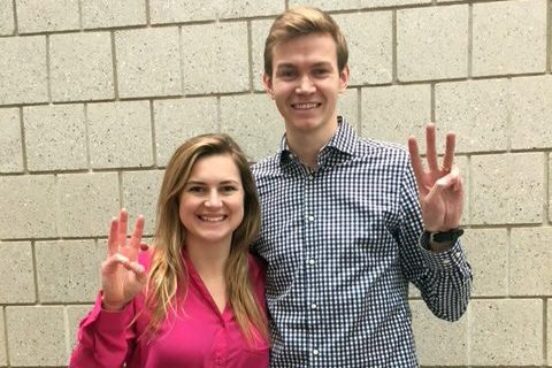 Frustration to Euphoria: The Hackathon Experience