If someone asked you to discuss the 2008 financial crisis, your first thoughts may be a recollection of newspaper headlines, textbook passages, or classroom lectures. To Wall Street CEOs however, their thoughts on the crisis transported them back 10 years ago to memories of their back-room negotiations with regulators and other banks.

On March 20, 2019, at the “Ten Years from the Bottom” conference, former CEOs of Morgan Stanley, Bear Stearns, BNY Mellon, and GM—along with Duke alumni, faculty, and other financial experts—shared with students their personal memories of what happened behind the scenes, away from the public eye.

The former CEO of Morgan Stanley, had a particularly harrowing story to share.

Hank Paulson and Tim Geithner, the central bankers at the time, wanted to prevent another collapse. They pressured John Mack to sell the firm to J.P. Morgan for prices as low as $2 a share. It was wild to hear about John’s phone calls with Jamie Dimon at J.P. Morgan, as both CEOs sized each other up. John Mack recalled ignoring calls from the central bankers and instead focused on negotiating with potential Japanese investors for additional capital. The last thing he wanted was a fire sale to his competitor J.P Morgan.

To the Central Banker’s surprise, Mitsubishi UFJ agreed to inject $9 billion into Morgan Stanley, preventing another colossal collapse. It was the relationship with Mitsubishi UFJ, continuously maintained from 1972, that ultimately saved Morgan Stanley. As John Mack put it: “relationships in any business, especially financial services, matter deeply.”

The interview between David Rubenstein, co-founder of The Carlyle Group, and Alan Schwartz, the former CEO of Bear Stearns was another opportunity to hear personal stories from the crisis.

Alan Schwartz was attending a conference in Palm Beach as rumors of Bear Stearns’ liquidity problems swirled. This prompted Alan to make an impromptu appearance on TV to calm the public. By the time he got back to New York though, Alan knew the damage had been done. The rumors got out of hand and a classic bank run on Bear Stearns occurred. Bear Stearns normally financed operations by lending high-quality long-term assets as collateral for cash through a repurchase agreement. Due to the rumors, investors no longer trusted the collateral, leaving the firm with a bunch of high-quality long-term assets, but no cash to fund their operations. Their $18 billion cash balance evaporated, and their stock plummeted 47 percent.

Everyone realized that Bear Stearns would not survive the weekend. The U.S. Treasury saw that the only way to save the firm was to sell to J.P. Morgan. Alan explained that the negotiations with Jamie Dimon were fierce with negotiations starting at $2 a share which rose to a final agreement of $10 a share.

Alan recalled that J.P. Morgan did the U.S. Treasury a favor with the Bear Stearns purchase, but despite that J.P. Morgan was later fined billions of dollars for the things Bear Stearns did during the crisis. Alan jokingly said the most dangerous thing in the world is the person saying “Hello, I’m here from the Federal Government, and I’m here to help you.” 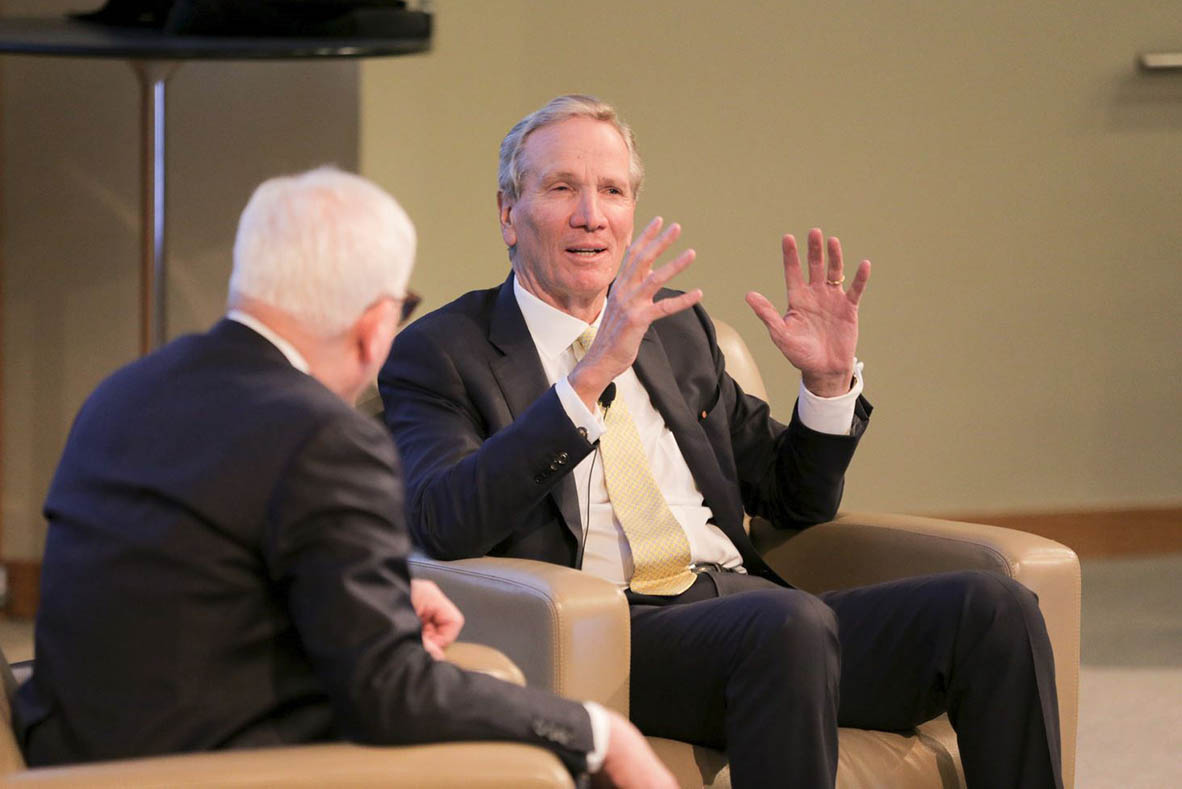 Perception and Trust is Everything

The common theme in both stories is that trust may be the most important factor in modern financial markets. The moment society loses trust in the financial system, billions of dollars will be withdrawn, and firms will have no choice but to sell valuable assets for pennies on the dollar to survive. Perception is everything. Wall Street knew this, which is why many banks tried to refuse Troubled Asset Relief Program funding to appear strong.

Thankfully, Financial markets are much stronger today than they were 10 years ago due to regulations and oversight. I hope Wall Street continues to evolve and conduct business transparently so that we no longer question the integrity and stability of U.S. Financial markets.

The conference was full of stories and personal perspectives from former CEOs, former central bankers, economists, congressmen, journalists, policy experts, and professors. Naturally, there were some disagreements in opinions.

Were the bankers criminals who deserved jail time? Former Congressman Brad Miller sure seemed to think so. Professor Lawrence Baxter disagreed however, arguing that you can’t necessarily blame anyone when the meltdown was completely decentralized with multiple layers. Were Ben Bernanke and Hank Paulson heroes for the bailouts? “Absolutely” touts John Mack and Alan Schwartz. To some members of the crowd however, the funds should have gone to more deserving parties.

One thing we all agree on is that this event was the perfect example of the diversity of thought at Fuqua, and we thank the Global Financial Markets Center at Duke Law and Fuqua’s Finance Club who were among the sponsors that made it possible. Attending school here has opened my mind to so many unique perspectives and viewpoints that I would not have heard anywhere else. The deep finance alumni base at Duke will allow for many more future events where we can hear from industry leaders and continue to develop our take on the world. 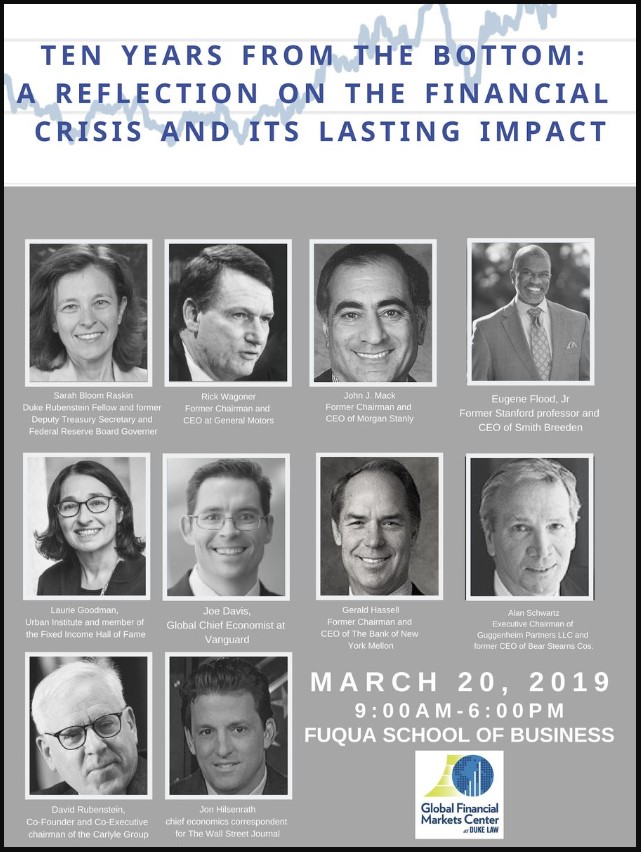 From Durham to Seoul with the Help of Fuqua

Back when I was applying to Fuqua, I remember there was an essay portion asking you to describe your 5-year and 10-year ambitions.